Before the swearing-in of the new Governor, the outgoing Governor hands over a few items to the new Governor; a pewter key to the Governor’s office, the Butler bible (that belonged to Civil War General and Massachusetts Governor Benjamin Butler), a gavel made from wood from the USS Constitution, and a two-volume set of Massachusetts general statutes with an inscribed note from each Governor.

But the most visible sign of this transition of power is what is known as the Ceremonial Lone Walk.

It is unclear when this tradition began. Some say it started with Governor Increase Sumner in 1799. Sumner served as Governor from 1797-1799, the Governor’s term was one year in those days. It is unlikely that Sumner took the Lone Walk because he took his last oath of office in bed and died five days later.

Suffolk University History Professor Robert Allison gives credit for the Lone Walk to Governor Benjamin Butler at the end of his term in 1844. Butler left office with few friends and political allies and literally walked alone down the steps of the State House. The tradition has continued since with slight modification.

The front doors of the State House are also steeped in tradition. The Ceremonial Front Doors are only opened on three occasions; when the Governor leaves the building at the end of his term, when the President of the United States or a foreign Head of State visits, and the reception of Regimental Flags into the Permanent Collection.

At 5:30 this evening, Governor Charles Baker will take the Lone Walk, symbolically ending his eight years as Governor. Governors Ed King, Michael Dukakis, Jane Swift, and Mitt Romney all made the walk with their spouses. Tonight’s walk will include Baker with his wife, Lt. Governor Karen Polito, and her spouse. 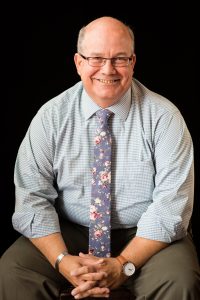